If you've been using the Heroku command line toolbelt lately you would've noticed the cool progress spinner they have when you're running a task:

(It's the swirly thing on the right hand side - it actually looks better in real life, but I did a poor job of creating an animated gif).

They're doing this by using Braille characters - animating them to look like they're spinning.

I thought I'd like to use this in my own ruby command line apps, so here's how I did it:

First off, I wanted the spinner to run in its own thread, one that I can just shut off when the long running task is complete.

To do this I nicked some code for creating an 'interruptible sleep' method. This lets me send a kill command to the spinner process without getting an ugly error message:

My code runs the spinner in its own thread, so it'll just keep spinning around and around until your long running command is complete.

Here's the crux of the code. The actual spinner class:

Basically it just runs in an infinite loop until the long running task has been completed.

Note the print("\r") - when you use \r with print it replaces the line with the new input. This lets you create an animation on the command line.

To use this code you use it like so:

Let me know if you use it in your own projects.

Enter your email
Subscribe
(Or how to create a naughty fork of Ruby on your own machine) I've been writing a lot of JavaScript code lately, and one pattern I see used a lot is something that I think is called an Object Literal [https://developer.mozilla.org/en-US/docs/Web/JavaScript/Guide/Grammar_
When Lexoo was just starting out, support was simple. We didn't have many customers so could look after all the support problems ourselves. As we got more customers we decided the best way of making sure no support ticket was missed was by CCing every inbound/outbound email to the 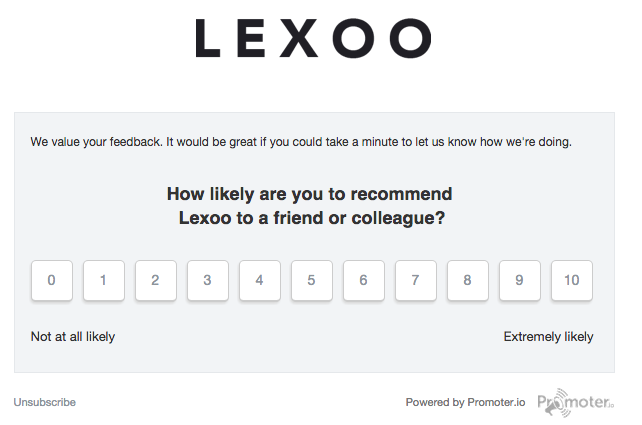 If you want to find out more about NPS then check out my previous blog post How much do your customers love you? [https://www.thechrisoshow.com/2015/07/14/how-much-do-your-customers-love-you/]Every Tuesday morning I send out an NPS survey to our previous weeks customers using promoter.io [http://www.